Being investigated or charged with fraud or indeed any financial crime can be extremely stressful. Serious fraud charges are usually brought after rigorous investigations that can take place over many years. Our expert criminal solicitors have in depth knowledge in this area having represented client’s in numerous high value fraud cases in both Northern Ireland and the Republic of Ireland. Given the seriousness of these offences it is vital to seek expert legal advice at any early stage so that our solicitor’s can advise you on the best approach to take in defending the charges.Types of Fraud and Financial Crime

How We Can Help

At PA Duffy and Company our criminal solicitors have a high level of expertise in all areas of fraud and financial crime. Cases of this nature are often highly complex and it is important to have a legal team who are experienced in this area. We provide advice and representation at all levels for individuals and businesses including police station interviews.

All initial enquiries are free and we will discuss the funding options which are available to our client’s, including Legal Aid, legal expenses cover and private paying. 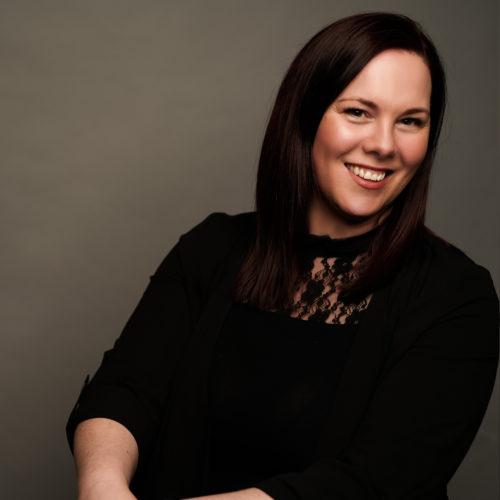 Sinead qualified as Solicitor in May 2008, cross-qualified as a Solicitor-Advocate in November 2008 and graduated with an LLM from The University of Law in Guilford in 2013 for her studies in Employment, Criminal, Civil and Commercial Law.

She is qualified to practice in England, Wales, Northern Ireland and the Republic of Ireland.  Sinead completed her training in England at a leading firm and following three years of qualification was promoted to Partner.

Sinead is a specialist criminal practitioner and is the head of the criminal department at P.A. Duffy & Co Solicitors.  She also has expertise in employment law.

She is a highly experienced Solicitor-Advocate and has a wealth of experience representing clients from the Police Station through to the Magistrates’ Court, Crown Court and Court of Appeal for a range of criminal offences. She has acted as Junior Counsel with considerable success in cases of murder, manslaughter, the full range of sexual offences, fraud, major cases of drug importation and supply, human trafficking, kidnap and blackmail.

In addition to her legal expertise, Sinead is the founder of Sinead Willox Coaching and Co-founder of The Willox-Fullen Collection having further qualified in 2018 as an NLP Life Coach and MBSR Practitioner. She presents keynote lectures and workshops for, National Womens’ Conferences, Non-Profit Fundraiser Events, Fortune 500 companies – leadership conferences and Wellness Retreats. Her areas of expertise are Work Life Balance, Growth Mindset, Stress Management, Burnout and Mindfulness.

Sinead is extremely passionate about using her creativity and regularly performs as a singer and recording artist.  She also starred and toured as Constance Markievicz in ‘Blood Upon the Rose’, which performed at The Hammersmith Apollo, The Armadillo Theatre, Glasgow, the Olympia Theatre in Dublin and the Grand Opera House Belfast.

R v Gonzales (Central Criminal Court) where the issue of diminished responsibility arose from the killing of six random victims in different locations over a two-day period. Whole life terms were imposed on conviction of the defendant who was described by doctors and staff at Broadmoor Hospital as their most difficult and dangerous patient.

R v W and Others – Winchester Crown Court – Organised Crime Group targeted by police in relation to conspiracies to supply class A drugs on a multi-kilo scale.

R v S and Others – Winchester Crown Court – Aggravated burglary and kidnapping and false imprisonment in relation to a drugs debt.

R v Mutean and others (Craigavon Crown Court) – A five-handed conspiracy to rape.

R v Hughes and Others (Belfast Crown Court) – Two handed murder and disposal of the body.

Approachability. We make it very easy for you to contact us and communicate with us.

Complexity. We make complex legal matters easy for you to understand.

Efficiency. We use our expertise to complete legal matters promptly for you, saving you time, money and stress.

This website uses cookies to improve your experience while you navigate through the website. Out of these cookies, the cookies that are categorized as necessary are stored on your browser as they are essential for the working of basic functionalities of the website. We also use third-party cookies that help us analyze and understand how you use this website. These cookies will be stored in your browser only with your consent. You also have the option to opt-out of these cookies. But opting out of some of these cookies may have an effect on your browsing experience.
Necessary Always Enabled
Necessary cookies are absolutely essential for the website to function properly. This category only includes cookies that ensures basic functionalities and security features of the website. These cookies do not store any personal information.
Non-necessary
Any cookies that may not be particularly necessary for the website to function and is used specifically to collect user personal data via analytics, ads, other embedded contents are termed as non-necessary cookies. It is mandatory to procure user consent prior to running these cookies on your website.
SAVE & ACCEPT